I have dedicated my nearly 40-year legal career to defending accused individuals in both federal and state courts. My goal in each of my cases is to advocate for my client’s rights, ensure that their voice is heard, and achieve the best possible outcome.

I have been counsel in major first-degree murder cases – including a triple homicide with three weeks of hearings and three weeks of trial – sexual assault and other assault cases, drug cases, perjury cases, federal gun cases, tax fraud and other fraud cases, computer crimes, and terrorism cases.

My winning record includes cases won at both jury and bench trials. In one federal tax fraud case, after three weeks of trial, the judge granted a judgment of acquittal to our client and his co-defendant before the case went to the jury, stating that it was only the second time he had done so in his 20-year career. I also represent clients in state district courts at clerk’s hearings where I have often succeeded in preventing criminal charges from being issued against them.

Examples of other victories include:

In my criminal appellate practice, I represent clients in both Massachusetts appellate courts and federal courts nationwide. Below is a list of representative experience:

For close to two decades, I have maintained a nationwide practice in campus misconduct and student and faculty rights cases of all types, advising and representing students and faculty charged in disciplinary proceedings. In these matters, my deep knowledge of these administrative proceedings helps students reduce or avoid serious penalties and permanent marks on their records.

I have obtained significant victories in a wide range of matters from sexual assault and harassment cases, to students accused of plagiarism and other academic misconduct, and to disability rights issues where neither the school nor the student recognized the significance of those issues.

My father was a lawyer, which probably resulted in my avoiding law school for a detour into a graduate program. I finally succumbed because I wanted to work as a criminal defense lawyer. I came to Boston in 1985, three years after graduating from law school, and resolved to find a job where I could do that. I found Zalkind and never left.

United World College of the Atlantic, 1970 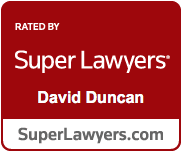 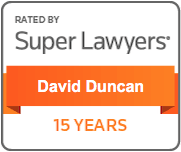