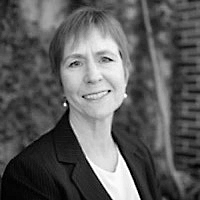 Laura Stolboshinskaya joined the firm in the spring of 2016. Prior to joining the firm, Laura held positions in accounting at Shambhala Publications and in investment operations and accounting at Pentagram Investment Partners. Laura graduated from Riga Technical University in her home country Latvia with degrees in Economics and Applied Mathematics. 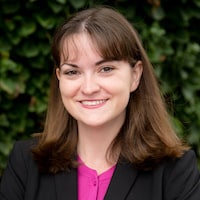 Sarah Sullivan joined the firm in the summer of 2018. Sarah graduated from Boston College in 2018 with a B.A. in History and Psychology. During her time at BC, she completed extensive independent research on the American South during the Reconstruction era and volunteered as a tutor at the Commonwealth Tenants Association, an after school program positioned within a housing development in Brighton, MA. In the summer of 2017, Sarah interned with the Massachusetts Department of Correction’s Strategic Planning and Research Division. During her junior year, Sarah spent a semester in Melbourne, Australia studying criminology and history. 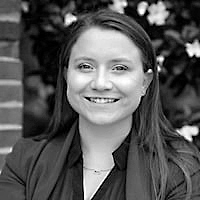 Alexandra Gwillim joined the firm in the summer of 2018. Alexandra graduated from Bates College in 2018 with a B.A. in Politics with a concentration in Philosophical, Literary and Legal Studies, and a minor in Women and Gender Studies. She wrote her senior thesis on bureaucratic behavior in the Social Security Disability Insurance eligibility process. As an undergrad, Alexandra was President and Co-Founder of the Pre-Law Society, President of She’s the First, and Treasurer of the Filmboard. She interned with the Maine Prisoner’s Advocacy Coalition, Maine Volunteer Lawyers Project, and the Lewiston District Court. During her senior year, Alexandra spent a semester abroad studying sexuality politics in Brazil. 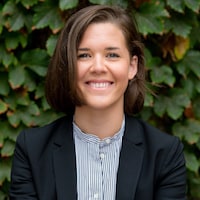 Victoria Campbell joined the firm in the summer of 2018. Victoria graduated from Dartmouth College in 2018 with a B.A. in Psychology and Religious Studies. While at Dartmouth, Victoria was an executive member of The Dartmouth Subtleties, an all-female a cappella group, served as the Registrar of her sorority, Kappa Kappa Gamma, and participated in the DREAM Program as well as Dartmouth’s Native American Program. During her junior year, Victoria spent a semester abroad in Rome, Italy where she studied Italian language, culture, and history. During her senior year, she spent a semester abroad in Edinburgh, Scotland where she studied the origins of Christianity in the U.K. and the history of the production of the bible in England and Scotland.

Contact Us
Practice Areas
Client Reviews
★★★★★
I hired Mr. Duncan to deal with a very sensitive issue that my daughter had. Since the first contact, I had a very good impression of him. He transmitted confidence and appeared to know exactly what to do. I called and emailed him many times, he was polite and comprehensible with the anxiety of a father and appeared to know every step to solve the case. I strongly recommend Mr. Duncan. Flavio Lajoia
★★★★★
If you are reading this review, it means either you or a family member is in trouble and needs immediate legal counsel. Please know your search can end right now because Zalkind, Duncan & Bernstein is the law firm to hire. They are honest, responsive, compassionate and have the experience and expertise to bring... Client
★★★★★
I contacted Zalkind Duncan & Bernstein to assist with a Title IX case. From our initial conversation, Naomi Shatz had a strong understanding of Title IX policies and conducted each step of the process with professionalism, honesty and a responsiveness that did not disappoint. Ms. Shatz displayed confidence and just as important, compassion when needed. Client
★★★★★
I worked with Emma Quinn-Judge and Monica Shah. And from my first contact on the phone, on to my first meeting in their office and during the trial, I found them and the firm's entire team to be a group of consummate legal professionals who are very knowledgeable, patient, dedicated, fair, honest and caring... Chantal C.
★★★★★
I am forever grateful to all the staff at this firm, but in particular, Ms. Shah, Mr. Zalkind and Mr. Silverglate. They represented my son who was being sought for extradition to Scotland. The case took years to fight, covering new legal ground, setting precedence. But each one of these legal eagles went above and beyond the duty of office... Suzanne D.
View More
Submit a Law Firm Client Review