My practice encompasses all aspects of civil and criminal litigation, from preliminary investigation to filing suit, through trial and pursuing appeals. In particular, I focus on university sexual assault and discipline matters, appellate advocacy, employment and other civil actions, and criminal defense.

Well-versed in the disciplinary processes and policies at colleges and universities, especially those used in cases of sexual assault and misconduct covered by Title IX, I advocate for students accused of misconduct on campus, as well as students bringing claims of sexual misconduct against others. I work with students facing suspension or expulsion. I have represented students at schools in Massachusetts, New York, New Hampshire, and throughout the country on allegations of sexual assault and misconduct, cheating, plagiarism, and dishonesty, and have often been able to guide my clients to achieve positive outcomes. Representative matters include:

I am an experienced civil litigator, practicing in both state and federal courts.

I served as a law clerk for Mark L. Wolf, who was then the Chief Judge on the U.S. District Court in Boston. I assisted Judge Wolf with civil and criminal trials, substantive opinions on motions to dismiss and motions to suppress, and all aspects of the cases he heard. I later clerked for Scott L. Kafker, who was then a Justice of the Massachusetts Appeals Court and has since been elevated to the Supreme Judicial Court. I helped Judge Kafker research and draft opinions in civil and criminal cases implicating constitutional rights, common-law decision-making, and statutory interpretation.

After graduating from law school, I was a Fellow at what is now the Berkman Klein Center for Internet & Society at Harvard University, where my research focused on cyberlaw issues including technological interoperability and the laws governing bloggers and citizen journalists. As an intern, I successfully defended online critics of an alleged cult from a federal racketeering (RICO) suit, and worked at the U.S. Attorney’s Office in Boston.

I chose to become a lawyer after taking an undergraduate course in constitutional law and learning about the rich complexities of the balance between individual rights and collective responsibilities, and how those principles have been reinterpreted and reimagined over time. In my practice areas, I generally focus on protecting the rights of individuals and entities against larger institutions with greater resources – universities, employers, and the government. I relish the opportunity to obtain positive outcomes for my clients by thinking strategically and creatively, and pursuing novel theories and issues of law when appropriate. 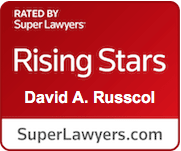