I commenced legal practice in 1967 and, in 1969, joined with Norman Zalkind to form the pioneering firm of Zalkind & Silverglate, where I practiced until 1973, although Norman and I continued to try cases together long after I left the partnership. In the years before and since that time, I have practiced with many of the area’s leading lawyers. I have been involved in some of the defining and high-profile criminal cases of recent decades, and always work assiduously and creatively to protect and defend my clients’ interests.

I concentrate my practice in three areas: criminal defense (trial and appellate), students’ rights and academic freedom, and civil liberties, including First Amendment and reporter’s privilege and news media rights. I have practiced in state and federal courts, civilian and military, and academic and administrative tribunals around the country.

I co-founded the Massachusetts Association of Criminal Defense Lawyers, and was the first Special Litigation Counsel to the Electronic Frontier Foundation. I formed and chaired the Independent Privacy Board of Predictive Networks, Inc., of Cambridge, Massachusetts, and was a long-time Board member, and former President of, the ACLU of Massachusetts.

I have also taught at the University of Massachusetts Boston and Harvard Law School.

I have co-authored The Shadow University: The Betrayal of Liberty on America’s Campuses (Free Press, 1998; HarperPerennial paperback, 1999) about my experiences representing students and faculty in campus and legal tribunals, and am the author of Three Felonies A Day: How The Feds Target The Innocent (Encounter Books 2009, updated paperback 2011), about the dangers of being prosecuted for innocent conduct under vague federal criminal statutes. I co-wrote Conviction Machine: Standing up to Federal Prosecutorial Abuse (Encounter Books, 2000).

I co-founded, and currently serve as a member of the Board of Directors for, The Foundation for Individual Rights in Education (www.thefire.org), for which I also co-authored student and faculty guides to free speech, due process, and religious liberty on campus.

Why I Became a Lawyer

I was destined for medical school until the summer after my sophomore year in college, when Princeton got me a summer job in Paris and I left the country, and my friends and family, for the first time. By the time I returned for my junior year, I had decided that I was more bothered by the problems that people caused other people than I was bothered by the problems caused by germs. I switched my life plan in order to attend law school rather than medical school. The rest, as the saying goes, is history.

Foundation for Individual Rights in Education
Co-founder and Member of Board of Directors. 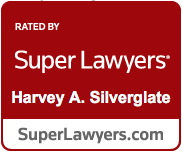