I am an experienced criminal defense and employment lawyer who fights for every client to be heard. For over 25 years, I have helped individuals prevail in the courtroom and in the workplace, defending their rights and fighting to even the playing field.

As your criminal defense attorney, I believe in holding the government’s feet to the fire, making sure the prosecution bears its burden of both proving its case and demonstrating that law enforcement did not violate your rights. I promise I will listen to you and dig into the details of your case in order to present the smartest and most effective defense possible.

Examples of my victories include:

Employment, Student and Academic Rights and Other Civil Rights

I am dedicated to helping employees assert their rights in the workplace. If you believe your workplace rights have been violated, I will bring to bear my knowledge and skills to achieve the best possible result for you through negotiation, counseling, and litigation, if necessary.

I represent clients in race, gender (including pay equity, promotion, and pregnancy-related matters), sexual orientation, sexual harassment, disability (including disability retirement, ADA, FMLA, and reasonable accommodation cases), age, and national origin discrimination cases and related retaliation matters. I regularly appear before administrative agencies including the Massachusetts Commission Against Discrimination (MCAD), where I have tried a number of cases through public hearing (administrative trial).

Additionally, I have represented numerous faculty members, administrators, and academic researchers in disputes with local colleges and universities, including those related to tenure, promotion, and discipline.

I have represented faculty and students in Title IX and related sexual misconduct cases.

Examples of my successes in civil matters include:

Before law school, I worked in civil rights enforcement, serving as the Assistant Director of the Boston Fair Housing Commission, and running the portion of that agency charged with enforcing federal, state, and city fair housing laws. I also worked for a regional non-profit housing organization where I ran a program that provided tenants and landlords with information about housing rights and responsibilities, and sought to assist low income people in avoiding or ending homelessness. In addition, I worked for many years as a volunteer community mediator and, for a time, was the director of a community mediation organization in Dorchester.

I became a lawyer to fight for justice and fairness. When you are charged with a crime, the weight of the government is amassed against you, and you need a zealous advocate to ensure that your voice is heard and your rights are protected. I work to be that voice. Similarly, laws that protect workers from discrimination and other workplace unfairness are only meaningful when people can ensure compliance with those laws. I will stand up to unfairness and help secure legal and just resolutions. 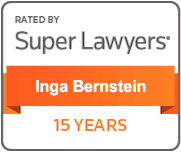 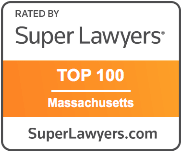 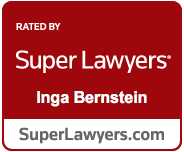 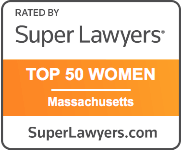